The Transatlantic Trade in Treasure: Controversial Sales of Art and Books in the Early Twentieth Century

In January 2022 Thomas Gainsborough’s The Blue Boy went on display at the National Gallery in London. The painting returned to Britain 100 years after it was purchased by the American Henry Huntington. In 1922 much of the British press lamented the sale of the painting as part of an exodus of Britain’s cultural treasures. In a cartoon for Punch, Bernard Partridge depicted the fictional American Uncle Sam with The Blue Boy under one arm and a Shakespeare First Folio under the other, gazing wistfully at Shakespeare’s tomb with its famous curse on anyone attempting to move the bones. The caption read:

Uncle Sam, “Now, that’s real disappointing. I’d set my heart on that skeleton.”
Shade of Shakespeare: “But all the same I should feel more comfortable if it was insured.”

The cartoon was entitled ‘Autolycus, U.S.A.’ a reference to a character in Shakespeare’s The Winter’s Tale, described as a ‘snapper-up of unconsidered trifles’, but who was also a trickster and thief.

Yet the ghost of Shakespeare’s reference to insurance implies an acknowledgement that a price could be put on any cultural or historical artefact. Moreover, a few British commentators advocated for the transatlantic trade in rare books. Writing in The Sphere in January 1925, Clement King Shorter argued for the cultural power of the trade as a unifying force, declaring that ‘My own feeling with regard to book-collecting is that we are one people, and I do not much mind whether a book is in California or is in Middlesex’. He also noted that Americans were raising the price of rare books, putting ‘a little money into my pocket’. Despite calls for government intervention, the interests of British sellers continued to outweigh arguments for the preservation of rare books and art in Britain, and no action was taken to control the export of such objects before the Second World War.

Although Shorter and dealers such as the renowned Dr Rosenbach argued that the British could, if they wanted, buy books back, the transatlantic trade in rare books in the first half of the twentieth century was predominantly in one direction. Collectors including Huntington and the J. P. Morgans (father and son) built large libraries, and the New York and Boston Public Libraries were among those adding rare books, including medieval manuscripts, to their collections, none of which returned to the market. Moreover, the purchases made by those with the deepest pockets, such as Huntington, shaped what was available to other collectors, public and private, in both Britain and America. Although photography raised awareness of items in some collections, the return of The Blue Boy is a reminder of the importance of studying both art and books in the flesh to understand them as physical objects, and of the ways in which the early-twentieth-century trade in such items has shaped culture and scholarship on both sides of the Atlantic.

Danielle Magnusson and Laura Cleaver’s book The Trade in Rare Books and Manuscripts Between Britain and America c. 1890-1929: Constructing Cultural Histories will be published by Cambridge University Press in 2022. 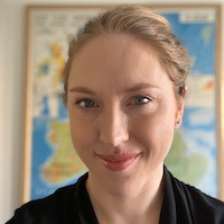