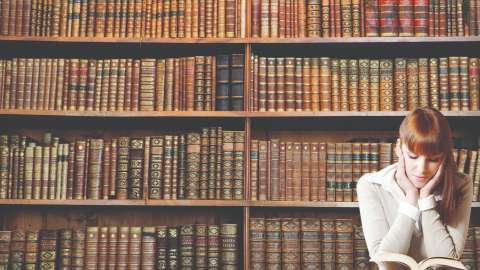 The Early Modern Book in England

During the sixteenth and seventeenth centuries, the English book trade was transformed from a small business into a major industry. This course explores the history of the production, distribution and consumption of both printed books and manuscripts in England during this crucial period of change. Tracing the rise of publishing in English, it will examine some of the factors which stimulated the growth of the book trade, such as the Reformation, the English Civil War, the role of the Stationers’ Company and the spread of literacy. Themes such as copyright legislation, censorship and control of the press will be discussed, as well as the role of manuscripts in an age of print, the development of new markets in the English provinces and overseas, and the emergence of new printed genres such as newspapers and novels. The course will introduce the records of the Stationers’ Company (with a workshop held at Stationers’ Hall) and the English Short-Title Catalogue as research resources. It offers an opportunity to look closely at books as historical artefacts, including aspects such as formats, imprints, and survival, and to interpret the physical evidence in the light of a range of contemporary documentary sources.

The course is taught jointly by Arnold Hunt and Giles Mandelbrote, both formerly curators (of manuscripts and early printed books respectively) at the British Library.

LRBS: Blocks and Plates - Towards a History of Relief and Intaglio Printing Surfaces 1450-1830