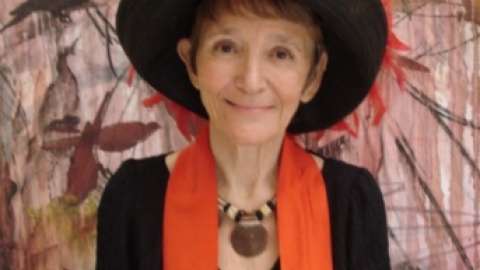 Unfortunately, due to the rise of COVID-19 cases, this lecture has been postponed until January 2023.


22nd Annual Birthday Lecture by Jean Moorcroft Wilson, in memory of Cecil Woolf. The lecture will be followed by a drinks reception.


Leonard and Virginia Woolf were not the first to start their own small press in the early 20th century, but they were among the most important and influential. Leonard, anxious for Virginia’s mental health, initially conceived of the Hogarth Press as a distraction for her; eventually he came to see the publishing as important in itself. Whereas their contemporaries in the field, such as the Nonesuch and Greynog Presses, tended to focus on ‘fine’ printing on beautiful handmade paper, the Woolfs concentrated on content. Their list came to include some of the leading Modernist writers of the 20th century, such as T. S. Eliot, Katherine Mansfield and E. M. Forster, as well as Virginia Woolf herself. They were also the first to publish the complete works of Sigmund Freud and key Russian texts in translation. In addition their books were attractively designed and illustrated by some of the outstanding artists of the day, Vanessa Bell, Roger Fry and Dora Carrington, among others. Although the Hogarth Press was sold to the much larger publishing house of Chatto & Windus in 1948 (now part of Random House), Leonard and Virginia’s legacy continues in other small presses, one of the first of them set up by Robert Graves and Laura Riding, as Dr Wilson discovered when she start working on Graves recently.


Jean Moorcroft Wilson was the wife of Leonard and Virginia Woolf’s nephew, Cecil Woolf, and worked with him for nearly 50 years at the small press he had started in 1960, inspired by the Hogarth Press. She has herself written a biography of place on Virginia Woolf, still in print after more than 30 years. She is also a biographer and leading expert on the First World War poets. Shortlisted for the Duff Cooper prize for her Isaac Rosenberg, she has in addition written biographies of Siegfried Sassoon, Charles Hamilton Sorley, Edward Thomas and is currently working on the second volume of a life of Robert Graves, to follow her Robert Graves: From Great War Poet to ‘Good-bye to All That’ (Bloomsbury, 2018).

The Bibliographical Society: PAUL HOFTIJZER: Books from Britain in the Leiden Bibliotheca Thysiana