Giles Mandelbrote is the Librarian and Archivist of Lambeth Palace Library (founded 1610). 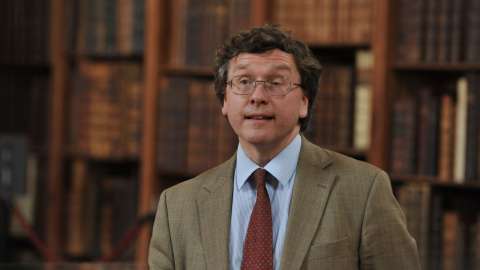 His research interests are mainly concerned with the history of the book trade, book ownership and collecting in early modern Europe. Among his publications are Out of Print & Into Profit: A history of the rare and secondhand book trade in Britain in the 20th century (2006), volume II (1640-1850) of The Cambridge History of Libraries in Britain and Ireland (2006), and Libraries within the Library: The Origins of the British Library's Printed Collections (2009).