Dr Lise Jaillant is Senior Lecturer (Associate Professor) at Loughborough University. She studied modernist literature in Bloomsbury, at Birkbeck (University of London). After her Master's degree, she went on to do a PhD on the Modern Library series, a cheap series of reprints created in New York in 1917. 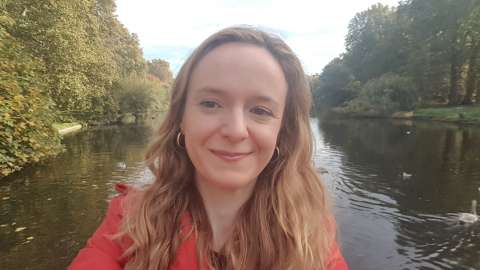 The Modern Library published all kinds of texts in the interwar period: difficult modernist texts by Virginia Woolf, James Joyce and others - but also detective fiction and novels that we now see as "middlebrow." Her book on the Modern Library series was published by Routledge (paperback edition: 2017). After working on an American publishing enterprise, she turned her attention to the European context. How did publishers in Britain and Continental Europe commercialise modernist literature? This is the subject of her second book Cheap Modernism, published with Edinburgh University Press. Jaillant recently edited a collection of essays, Publishing Modernist Fiction and Poetry (EUP, 2019). Taken together, these three books offer a broad overview of Anglo-American publishers in the early-twentieth-century, and their influence on the diffusion of modern literature.