Fantetti gained a BA in English and MA in Modern Literature and Culture, both from King’s College London. As a medieval-modernist, her work seeks to draw links between the two periods and how they may inform each other. 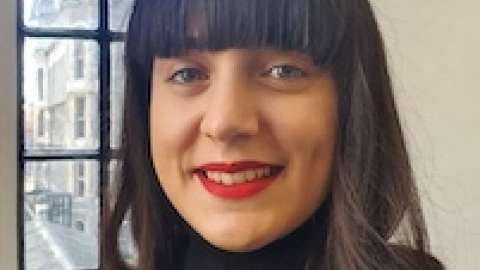 She is particularly interested in developing an interdisciplinary approach to research, and has written across literature, objects, visual art, and film. Her research interests include notions of medieval materiality, manuscript studies, early twentieth century social history and artistic culture, “modernism” in the broadest sense, as well as feminism and the work of women.

Her PhD explores a variety of roles that women occupied within the manuscript trade, such as collectors, scholars, dealers, librarians and secretaries. Additionally, it aims to map the trade onto the landscape of women at work more generally between 1900-1945. The project also compares the activities of these women in wartime and peacetime periods, as well as looking at how networks of women were formed within the manuscript trade at the time.