Professor Janet Clare is an Honorary Professor of English at the University of Bristol. She has lectured in various European universities and research institutes in Austria, France, Germany, Ireland, Italy, Norway, and Poland, as well as in Brazil and Japan. 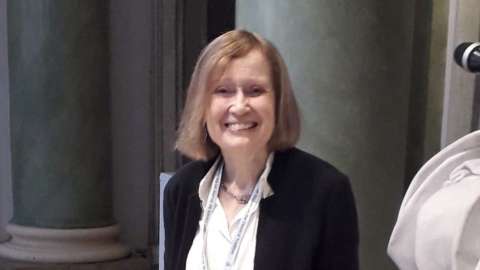 She has written four monographs, some twenty-three articles, and twenty-seven book chapters on materials from early Tudor women’s writing to the impact of Shakespeare on twentieth-century Irish writing, and she has also edited or co-edited five books. Her research has focused on early modern censorship, the drama of the Civil War and the English Republic, revenge tragedy, and the theatre traffic of the early modern stage. She is editing What You Will as a member of the international team preparing the Oxford Complete Works of John Marston (an AHRC-funded project) and co-editing with Professor Dominique Goy-Blanquet (Université de Picardie) Migrating Shakespeare: First European Encounters, Routes and Networks (The Arden Shakespeare). Professor Clare’s current research concerns the circulation of cosmographical knowledge in England and its impact on the early modern English literary imagination.