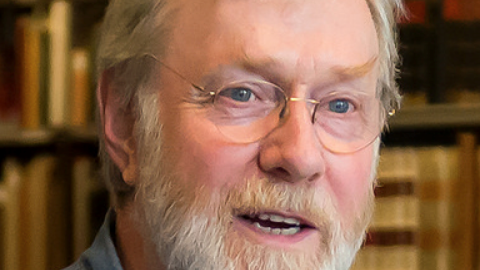 Nicholas Pickwoad has a doctorate from Oxford University in English Literature. He trained in bookbinding and book conservation with Roger Powell, and ran his own workshop from 1977 to 1989. He has been Adviser on book conservation to the National Trust of Great Britain since 1978, and was editor of the Paper Conservator.
He taught book conservation at Columbia University Library School in New York from 1989 to 1992 and was Chief Conservator in the Harvard University Library from 1992 to 1995. He is now project leader of the St Catherine’s Monastery Library Project based at the University of the Arts, London and is director of the Ligatus Research Centre, which is dedicated to the history of bookbinding. He gave the 2008 Panizzi Lectures at the British Library, was awarded the 2009 Plowden medal for Conservation and is a Fellow of the IIC and of the Society of Antiquaries. He also teaches courses in the UK, Europe and America on the history of European bookbinding in the era of the hand printing press, and has published widely on the subject.