William Sharp was born in Paisley, near Glasgow, in 1855. His father was a successful merchant; his mother was the daughter of the Swedish Vice Consul in Glasgow. A talented, adventurous boy who read voraciously, he spent summers in the Inner Hebrides, where his family rented houses for the season. He developed there a strong attachment to the land and its inhabitants. In the summer of 1863, his aunt and uncle brought their children from London to spend time with their Scottish cousins. Sharp became especially attracted to his cousin Elizabeth, a bright girl who shared many of his enthusiasms. They formed a bond of friendship which led eventually to their engagement and marriage. Sharp went on to study literature for two years at Glasgow University, an experience that fed his desire to become a writer and a man of letters. After an adventurous year in Australia, where he was sent to restore his health, Sharp settled in London in 1878. With the help of family and friends, among then Dante Gabriel Rossetti, he began to establish himself as a poet, literary journalist, and editor. Through his wife's contacts and those he made among writers and editors, the Sharps became by the end of the 1880s well-established figures in the literary and intellectual life of the city. Sharp published three books of poetry, wrote many articles and reviews, and edited the work of other writers during the decade. At its close, he decided to reduce his editing and reviewing obligations, leave London for a time, and focus on producing literary works of higher quality.

In the fall of 1890 William and Elizabeth went to Germany and then to Italy for the winter. In  January, Edith Wingate Rinder, a beautiful young woman the Sharps had known in London, accompanied her aunt, Mona Caird, a close girlhood friend of Elizabeth, on a three-week visit to Rome. There she and William Sharp fell in love. Inspired by the joy he felt in her presence and the warmth and beauty of the country, he wrote and printed privately in Italy a slim book of poems, Sospiri di Roma, that far exceeded in quality any he had written previously.

Returning to England in the spring of 1891, he began to write under the influence of his continuing relationship with Edith Rinder a  prose romance set in the western islands of Scotland. When he found a publisher for that work, Pharais, A Romance of the Isles (Derby: Frank Murray, 1894)), he decided to issue it pseudonymously as the work of Fiona Macleod. In choosing a female pseudonym, Sharp signalled the importance of Edith Rinder in encouraging its composition and inspiring its author. The story of a love affair doomed to failure is a veiled, romanticized version of their relationship. The pseudonym was designed primarily, however, to disguise his authorship from London critics who, he feared, would not treat it seriously if they knew it was the work of William Sharp.

Pharais changed the course of Sharp's life. Along with The Mountain Lovers, another west of Scotland romance that followed in 1895, it attracted enthusiastic readers and critical notices. When it became apparent that his fictional author had struck a sympathetic chord in the reading public and that her books were bringing in money, Sharp proceeded to invent a life for Fiona Macleod and to project her personality through her publications and through letters he wrote in her name. In letters signed William Sharp, he promoted the writings of Fiona, added touches to her character, and sometimes functioned as her agent.  To some he asserted she was his cousin, and he implied to a few intimate friends they were lovers.  In fashioning Fiona, Sharp drew upon Elizabeth, his wife and first cousin, as well as Edith Rinder with whom he was in love.

Sharp enlisted his sister Mary Sharp, who lived with their mother in Edinburgh, to provide the Fiona handwriting. Drafts he wrote of Fiona Macleod letters went to her for copying and mailing.. For the decade prior to his death in 1905, Sharp conducted a double literary life. As Fiona, he produced poems and stories which, in their romantic content, settings and characters and in their  mystical aura, reflected the spirit of the time and attracted an extensive readership. As Sharp, he continued reviewing and editing and tried his hand at several novels. As Fiona's chief public advocate and protector, he deflected requests for interviews by insisting on her desire for privacy and whisking her off to undisclosed locations in the Hebrides. Were it to become generally known he was writing the Fiona Macleod works, so he believed, he would lose the ability to produce them.  Destroying the fiction of her reality would block his creativity and, consequently, deprive him of needed income. So he persisted in the fiction and in the double life until he died, refusing to disclose even to the Prime Minister of England that he was Fiona Macleod. Fiona might have qualified for a Civil List pension, money the Sharps sorely needed. The Prime Minister could not justify such benevolence for the writer William Sharp.

Sharp had been ill frequently since youth, a fact obscured by his rugged good looks and hearty manner. Scarlet fever in his youth and rheumatic fever as a young man damaged his heart, and he was a diabetic. Given his worsening heart condition, his death on December 12, 1905 was not a surprise to family and friends. It occurred while he and Elizabeth were staying with their friend Alexander Nelson Hood at his Castello Maniace on the slopes of Mount Etna in Sicily. Sharp is buried there in the estate's protestant cemetery where a large Celtic cross marks his grave. 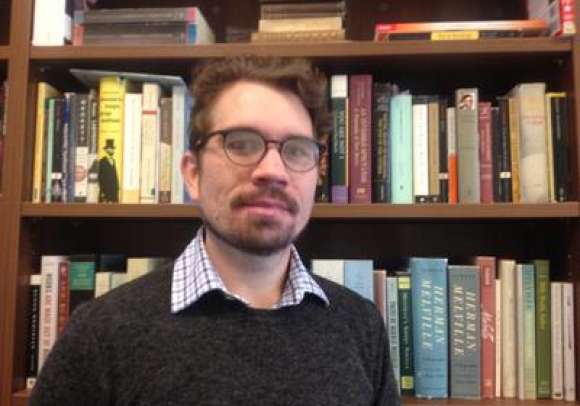 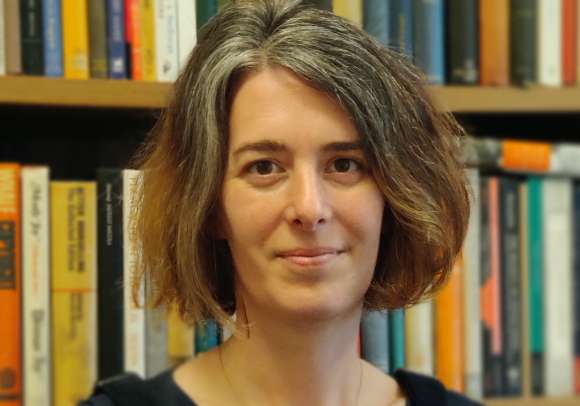 Joint Statement from the Institute of English Studies, the English Association and University English on threatened job losses at Birkbeck

New alumni publication: Once Upon a Tome